That morning, Dong-Hui drove us off of Young-do to Gukje Market driving along Busan’s industrial waters. 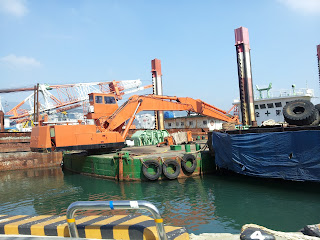 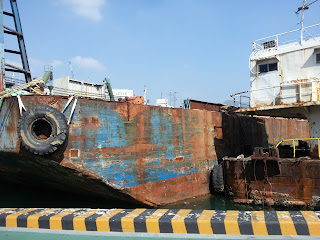 Gukje Market is the largest outdoor market in Busan. It was early so most of the stalls were closed, but the business sold all sorts of things from clothes, to handbags, to shoes, to duty free liquor and cartons of cigarettes 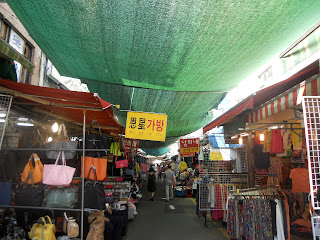 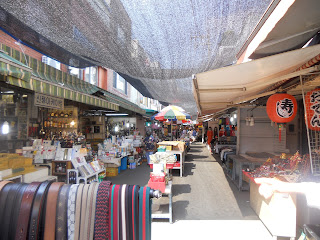 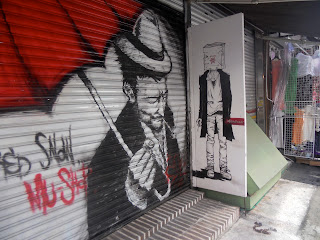 Also at the end of the market is where all sorts of interesting eats could be found. 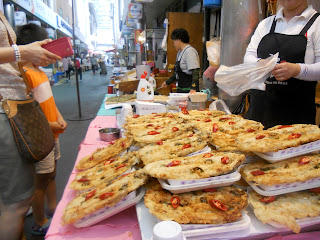 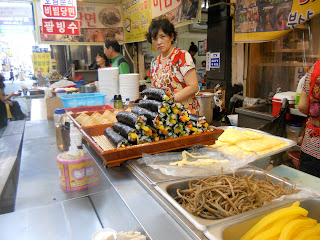 We then made our way to BIFF Square. BIFF stands for the world renowned Busan International Film Festival. It is in the part of town where much of the fanfare and premieres are held.

It was also in BIFF square where I got to sample the delicious treat called hoht-dttohk. It’s basically a cinnamon-sugar filled donut with sunflower seeds and peanuts stuffed inside.

We then went to Jagalchi Fish Market. 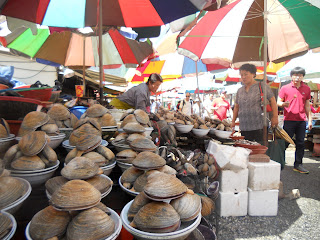 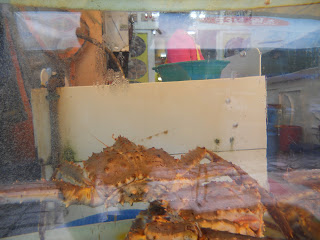 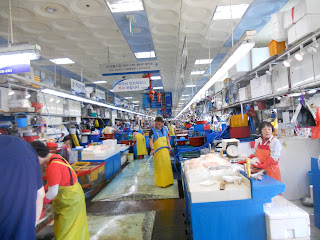 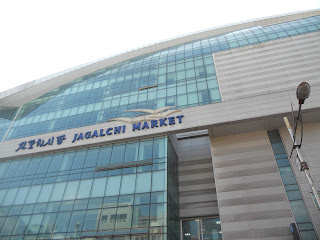 We rode the elevator to get to the top of Jagalchi Market and enjoyed the view of Busan from nine stories up. 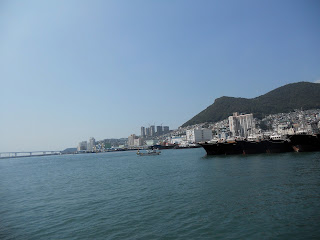 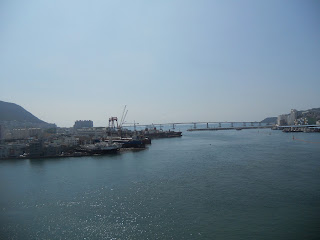 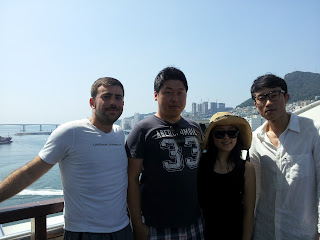 Shortly after this photo was taken, I ended up parting ways from my gracious host and said good bye to Jee-Sang, saying to him,  "maybe we'll see each other again in another nine years."