Young-do is an island outside of the city center of Busan. “Do” (pronounced: doh) means island and sometimes county.

After a very full day we retired to the very residential Young-Do where Dong-Hui lived. He showed us some of the local view points where we could see the lit boats floating on the ocean and could catch a glimpse of the city.

On Young-Do we settled down with some late night eats at a local outdoor restaurant that specialized in all things seafood. 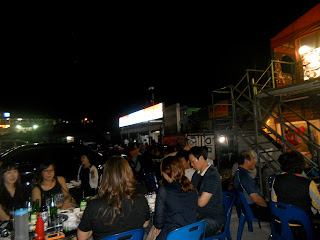 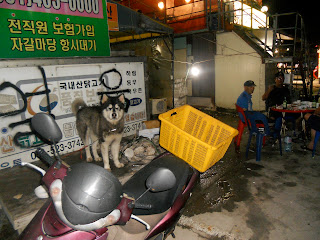 We had scallops that we cooked over a fire on the half-shell. 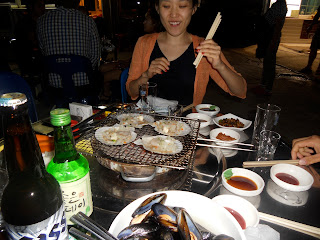 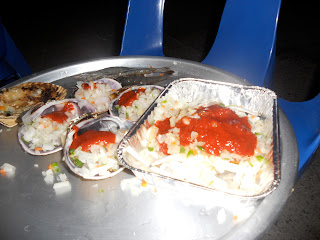 After the scallops were finished we put the aluminum dish one which was a seafood melange of mussels, shrimps and all sorts of other seafood. 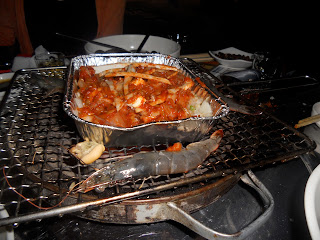 We ended up sharing a bottle of soju and a bottle of beer and talking about old times and old dorm mates from college. 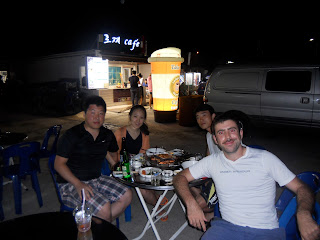 That night Jee-Sang, Eun-Joo and I stayed in a motel on Young-do.

The next morning, we all woke up on the earlier side of things and decided to walk around and explore Young-do.

We came across the Dongsam-dong Shell Midden Museum. Either it’s free or they didn’t mind that we were walking around freely.


A shell midden is a place where the early pre-historic peoples of Korea would discard their used shells after they were done eating their contents. I would like to think that Koreans today honor their pre-historic forefathers by following the proud tradition of throwing your garbage where you please.

Joking aside, this shell midden museum also contained information and artifacts from these ancient people’s lives. 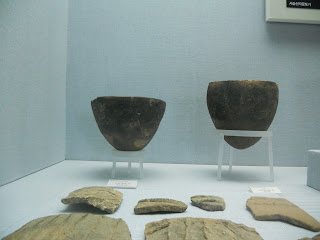 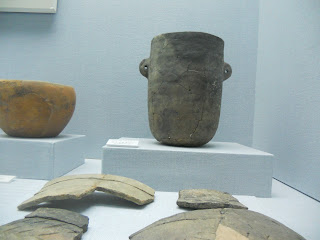 I wish I could tell you more but the brochure I picked up is only in Korean.
Posted by Coby at 8:40 AM