I arrived in Busan earlier than Jee-Sang and had to wait for him at the bus terminal a bit. He arrived with his girlfriend, Eun-Joo. Then together we headed over to meet with Dong-Hui. Dong-Hui had police baton training for about an hour, and since he was out ride, we waited and watch in the dojo as the law enforcement professional honed his police baton skills with the aid of his particularly aggressive  instructors.


After the dojo, we left for Gwangalli Beach. 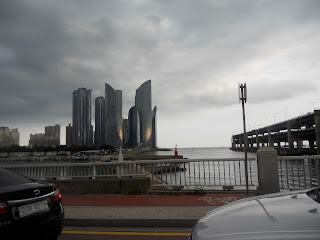 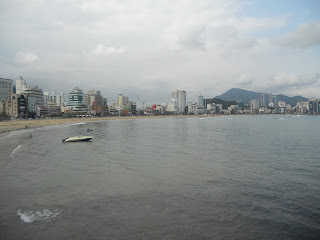 Once there, we decided it'd be fun to get a speedboat tour of Gwangalli Beach. 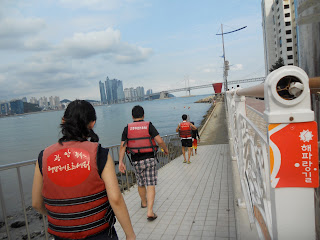 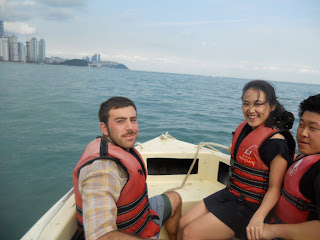 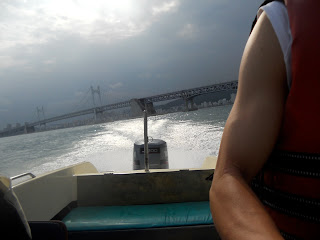 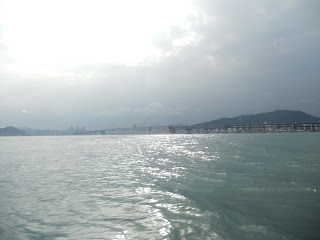 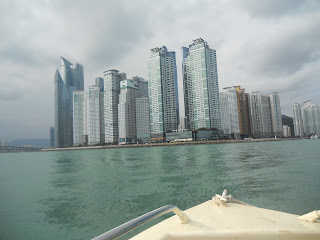 The boat tour went under Gwangalli Bridge which Dong-Hui told me was location made popular due in part to the large number of suicides it was responsible for each year. Jee-Sang joked to Dong-Hui that it was going to be his job to fish out dead bodies, to which Dong-Hui just solemnly agreed.

Our fearless driver was whipping around, doing donuts at around 30-40 mph.

After our boat tour we decided we would rent some kayaks. Once we got bored with the kayaks we took out a raft. We sort of paid a set fee and were just allowed to have at it with all the boats, kayaks, canoes, etc. As the sun set we formed a plan for the evening. We all felt gross and sandy. We were also soaked, because Dong-Hui had tipped us into the water a funny joke. I didn't find it that funny, but he was high spirited and he also taught me how to propel a raft single-handedly.  We decided first we would jimjilbang, then we would go to dinner.

Note: The jimjilbang that I had previously written about was this jimjilbang. This one had a view of the ocean.


After a relaxing soak, we were all ready to eat. We went to a highly popular blowfish restaurant that Dong-Hui had recommended. Blowfish soup tasted like regular fish, but it was very bony. 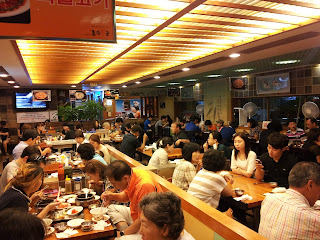 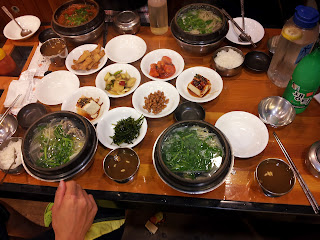 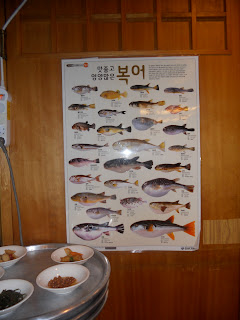 After dinner Dong-Hui drove us to get an amazing view of the vibrantly lit Busan downtown.