It was Kelsey's birthday and she wanted to go somewhere special. She decided on the Eoreumgol Ice Valley. 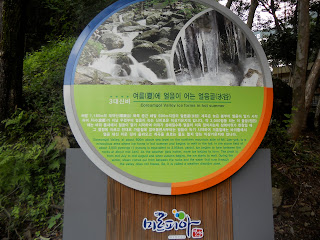 A group of us met in Changwon, had a lunch of spicy pork spine soup and then left for the valley. There was Kelsey's brother, Brad (mentioned earlier here); Lily, a native Chinese girl, but a near fluent Korean speaker; Kelsey; Lucas; Brad's university colleague, Cliff; and myself. Oh, and Brad's dog Dodo.

The Eoreumgol Ice Valley about a 2 hour drive from Changwon. It is a naturally occurring phenomenon in which the rocks during the summer form ice on them (there was a scientific explanation, but I couldn't make sense of it)

After driving for 2 hours we go to where the valley began. There was a small hike before we go to actual go to the ice area. 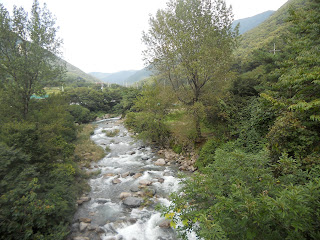 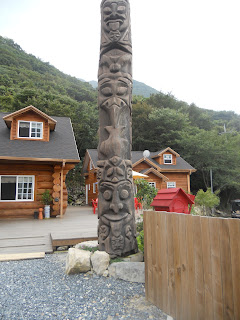 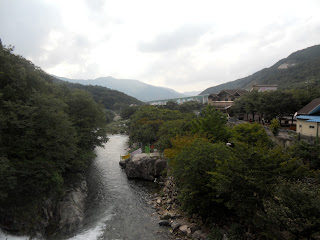 As we made our way up there were people selling food like apples, vegetables and beondegi (steamed silkworm pupae).

On the way to the freezing rocks there was a nice temple. 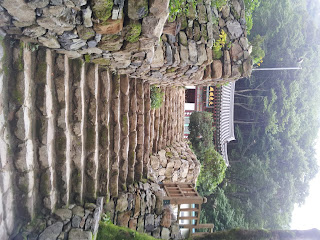 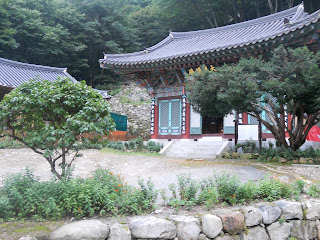 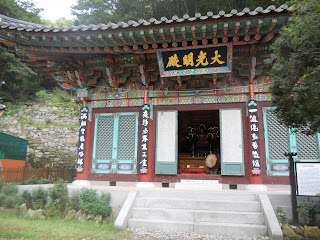 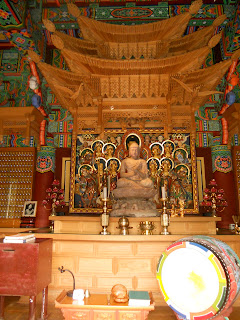 We hiked a small amount more until we got to the "Freezing Place." 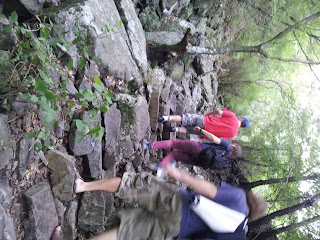 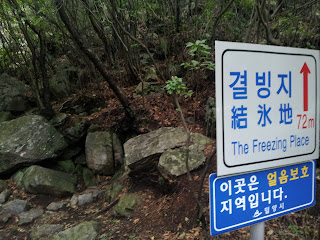 We arrived at the freezing rocks and were met with a bit of disappointment. There was no ice because we were too late in the summer. The rocks were certainly cold and they were nice to be near and sit by. It was like a cold sauna. Also they were fenced off.


My Korean isn't great, but I could piece together the unmistakable tone of disappointment when I heard the mother of a Korean family walk up to the rocks and say "yogi??"  (meaning: "here??" As in... "This is it?").

All in all it made for a good day and I always appreciate seeing new countryside.