For my 40th post I wanted to just give some scenes and snippets of my life in Changwon. The things I do, the food I eat and the things I see. 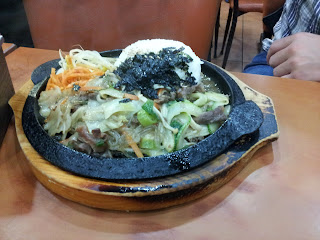 This is a fancy wine bar in Changwon. 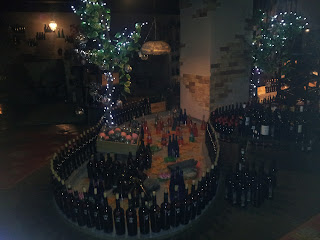 This is a "coffee snob" cafe where they roast and brew their own coffee. 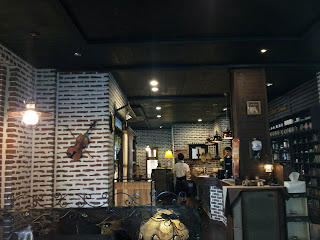 This is the result of a "health" vocabularly lesson 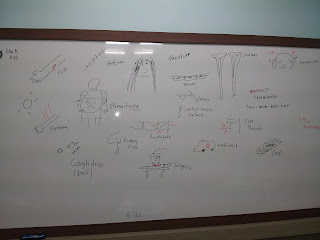 Also, they sometimes give us food at work. The dish on the right is called Dokpuki, the cylindrical things are rice cake. 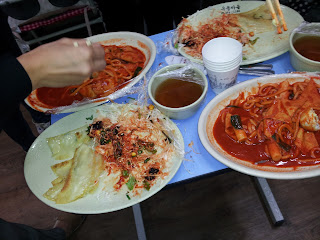 I saw these guys on my way to work one day outside a cellphone store. 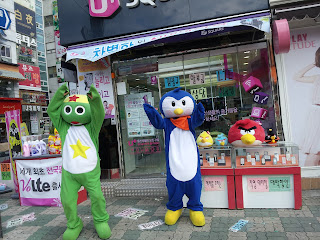 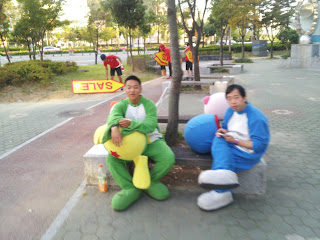 The view from my neighbor's rooftop in Changwon. 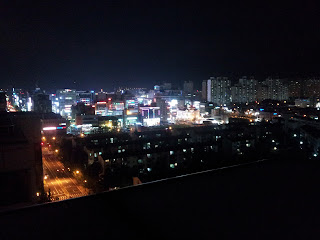 Some other foreigners put together a Reservoir Party. This is during an Oasis sing-a-long. It was also pouring down rain and we sought shelter under a 2 story gazebo. 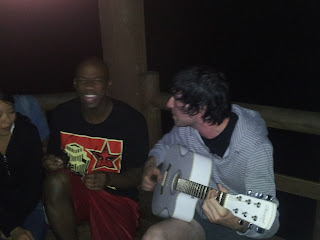 You never know what you will see at the market 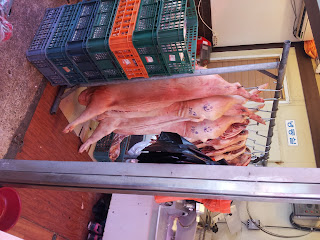 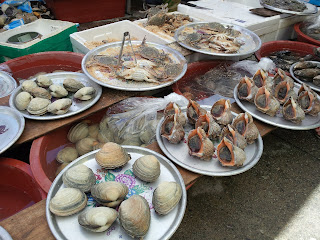 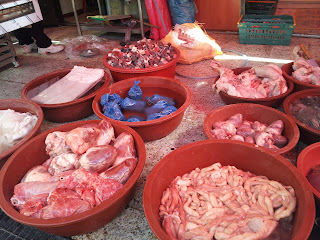 I found a pho restaurant. I have not been there yet. 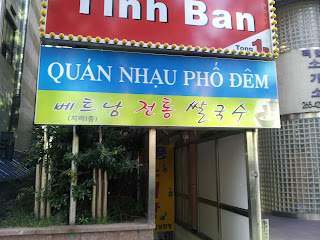 Another site of Korea. Passed out Koreans who drank to much. This guy was in my lobby afer coming back from work at like 10PM. Don't believe me? Visit : http://blackoutkorea.blogspot.kr/ an entire blog devoted to these heros. 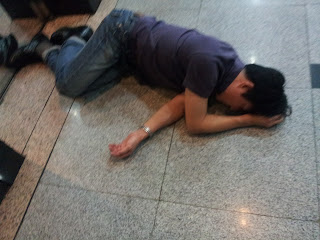 Korea is very big on these "talent" performances. Where an audience gathers and there is a stage and group will do a choreographed dance. 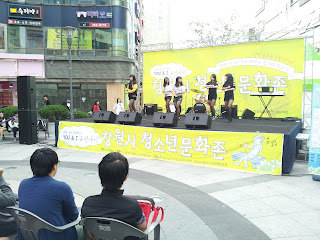 A flier from the foreigner-organized and foreigner attended talent show. A benefit show for the local orphanage. The night raised more than $1,000. I performed doing a spoken word performance in the  style similar to the comedian Mike Birgblia or the podcasts The Moth or This American Life. To hear another story (not the one I did) visit here.  There should be video of it soon 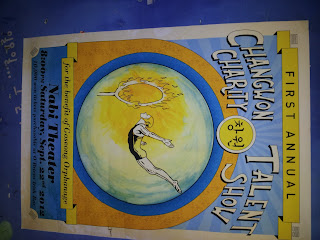 One of Changwon's many city parks. 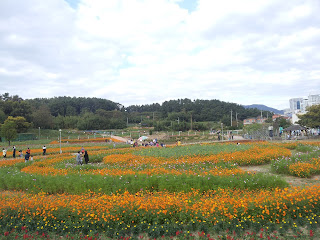 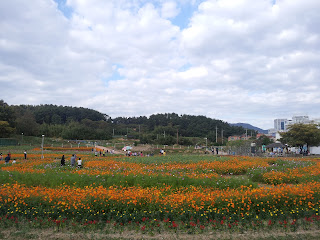 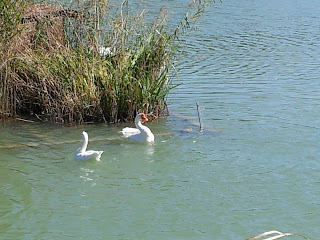 Outdoor live music in front of the fountain maybe 15 feet from the entrance to my building. 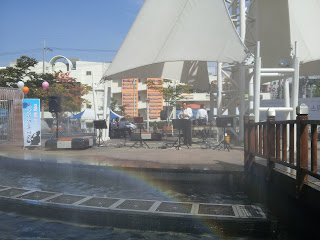 A statue in front of Changwon City Hall. 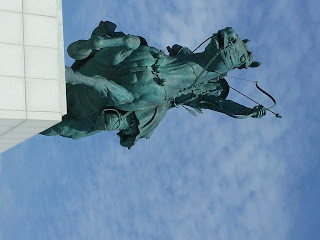