JAPAN VACATION - A TASTE OF FUKUOKA

JAPAN VACATION - A TASTE OF FUKUOKA 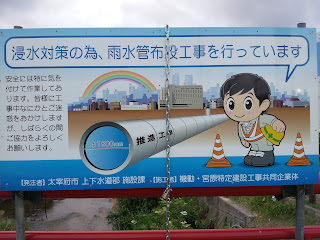 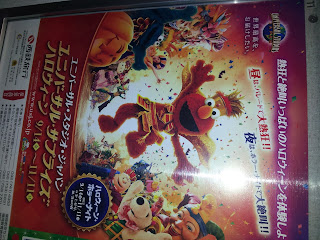 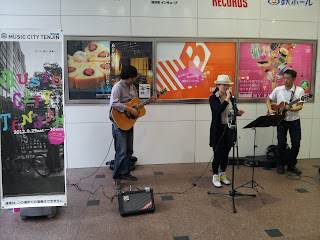 I woke up early and had breakfast at a bakery down the street from the hostel. It's a hotdog in a baguette and a bean-paste roll. Also, they had cream for your coffee. This was heaven. In Korea cream can be hard to come by so this was an absolute treat. I must have put three creams in my coffee that day. 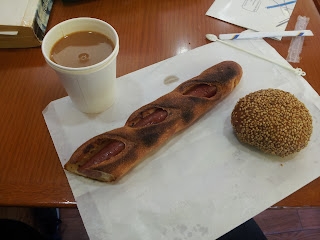 As I made my way to the Kawabata Shopping Arcade I spotted some Japanese kids playing rugby on their school playground.


I got to Kawabata Shopping Arcade and did some walking around and some expensive window shopping. 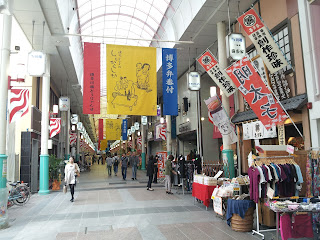 I found a store called Americaya that sold American cowboy and Native American clothes at an insanely high price. 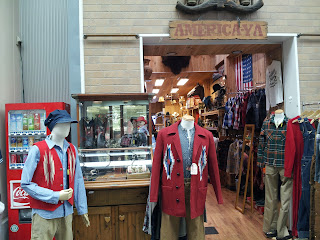 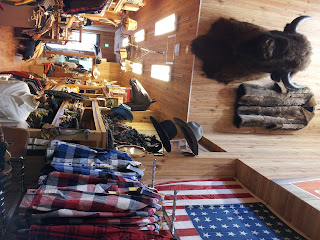 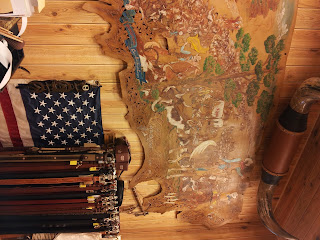 I was feeling hungry so I went to a Tonkotsu Ramen place. Fukuoka is famous in Japan for their Tonkotsu Ramen. Tonkotsu Ramen is pork ramen that has a whitish broth because its made by using the pork fat. This was the best food I had in Japan. Very delicious. I actually went to this place twice. 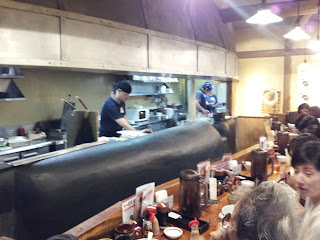 Later that night I set out to find a specific a Tonkotsu Ramen place for dinner. I walked around for about 45 minutes and never ended up finding it. Frusterated and hungry I got some ramen from a ramen stand. 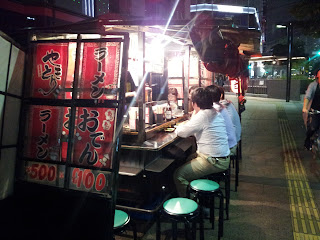 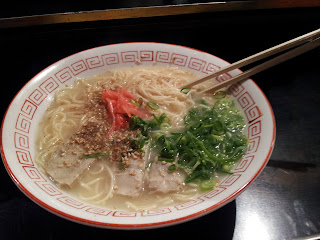 As much as I can say traveling alone is a constant thrill, sometimes it becomes all to clear of how alone you actually are. Loneliness and boredom can settle in. I love traveling alone and the absolute freedom that comes with it, but sometimes (not often) there is a cost to that freedom. So seeing as I was traveling alone in Fukuoka didn't know anybody and I didn't know the city very well. I ended up going to a place called International Bar with hopes of meeting some people. It was a Sunday night so it was very slow, but I talked with the bartender a bit as I slowly drank one beer.

It was not all gloom and doom though. Also at this bar were two second-generation Korean-immigrants who were born and raised in Japan. A man and a woman. Interestingly enough, they barely spoke Korean. The woman explained to me that their was a bit of a stigma coming from Korea to Japan, so parents will often insist the children do not speak the language of their past country so they are better acclimated. I had heard of this in U.S. from a Mexican friend of mine I met in college who didn't speak any Spanish for the very same reason. 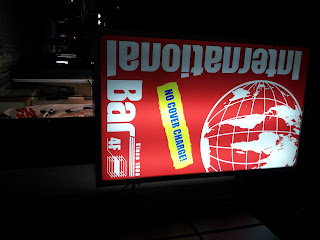 This woman was maybe in her 30's. A little drunk and was childishly giddy. I told her I was planning on going to Hiroshima in the next couple days. She took out a pen and started writing down all the things I needed to see and eat. She was also talking a mile a minute as she did this. "Okonomiyaki! Okonomiyaki! Okonomiyaki!" She clapped happily each time she said it. "I love Okonomiyaki! I get it with oysters but it gives me bad diarrhea" she said still excitedly smiling.

A mix of bad English and comically embarrassing honesty is always hilarious.
Posted by Coby at 6:00 AM