As I have written about before Changwon is (on its way to becoming) an international city. Because of Changwon's many factories there are factory workers living and working here from all over the world; from Southeast Asia, to the Philippines and Indonesia, to China, to India, to the Middle East and Russia. On a very rainy Saturday I went to the Migrant Festival which pays hommage to the migrant workers here in Changwon and was filled with a wide variety of international eats and performances. 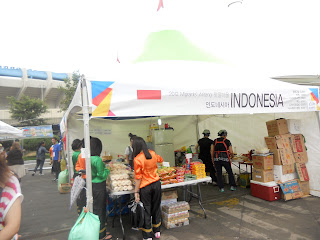 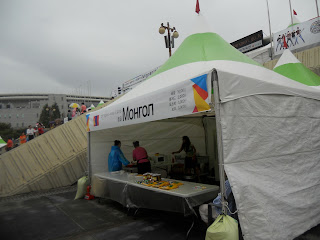 These feather and headdress wearing (presumably) South Americans went under the representation of "Apache." Clearly these gentlemen were not of the Apache tribe, but wore headdresses and Indian warpaint akin to the Native peoples of North America. Their performance also included "traditional" dancing as well as pan-flute playing. It was a strange mish-mash of cultures that was completely lost on, and entirely accepted at face value by the Korean audience. Made me wonder what I could get away with if I were to open a "traditional" Jewish booth at next year's festival...  (Note: none of the pictures of the performance turned out well, this one was the best I got) 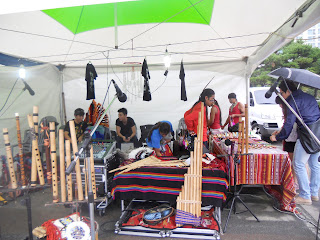 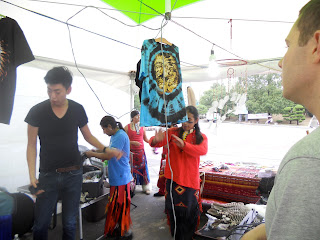 Inside in another area of the festival there was information about all the countries represented. 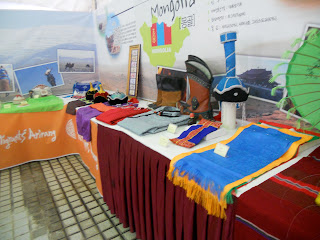 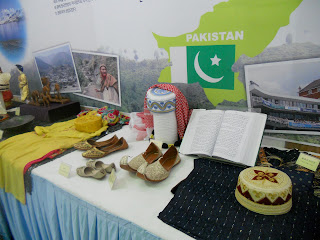 There were many exciting performances.

A Pakistani man played a Pakistani drum whilst performing many impressive feats. All of which he did while keeping the beat.

There were some other impressive and exciting performances 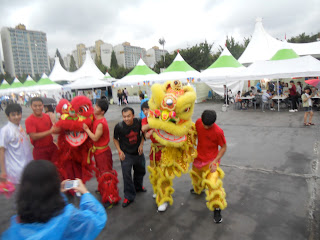