JAPAN VACATION - A NIGHT IN TENJIN


JAPAN VACATION - A NIGHT IN TENJIN

Tenjin area is the happening area of Fukuoka. Home to many bars and restaurants, Tenjin is the nightlife hub of Fukuoka. I met a fellow American English teacher residing in South Korea named Joe at the hostel and we took the subway to Tenjin. We went out to a skewer restaurant in Tenjin where you pick the raw meat skewers from behind the glass case and they cook it right then and there. We got beef, pork and a skewer that was hardboiled quail eggs and lil smokies. 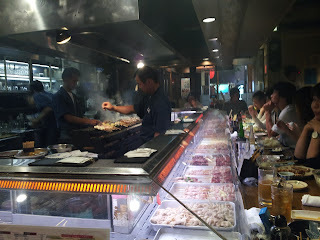 We ordered 3 skewers each and a beer a piece and left paying roughly $15 for not much food. We walked around Tenjin and got a lay of the land a bit. (Note: There is also coin slot gambling here that is majorly expansive and super loud with coins crashing and the whirring music of several hundred machines. I wanted to get a picture, but was strictly warned not to) 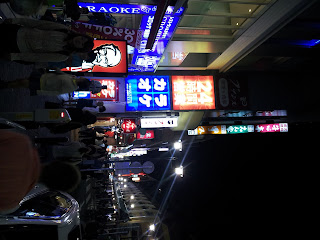 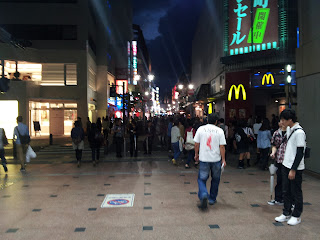 Eventually we made our way to an ex-pat British pub called Murray’s. 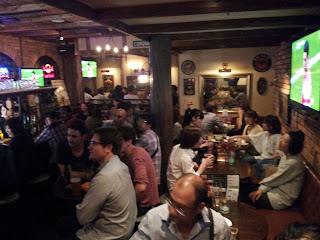 I quickly recognized some Beetle co-passengers from earlier in the day. Rob and Michelle, were also American English teachers living in Korea.


Rob and I instantly connected, in I had mentioned Oregon Country Fair (a Eugene hippy music festival in the woods) and then he mentioned that he had gone to it with his friend, musician Jason Webley. I had reviewed a Jason Webley concert (quite favorably) during my time writing for West Coast Performer Magazine and had since instantly become a Jason Webley fan, owning 2 albums and having seen 4 of his live shows. Anyone who knows vagabond accordionist Jason Webley, knows that he has a loving and beautiful fan community. So meeting a personal friend of Jason Webley’s boded well.


We spent some time at Murray’s and then made our way to another place called Jamaicxa (not a typo), a place run by a heavy and welcoming Jamaican man. We hung out on the balcony drinking Red Stripe. Looking over Tenjin, our elbows rested on a railing strewn with hanging and sun-faded Bob Marley flags. As Rob smoked cigarettes, we talked about our lives before and in Korea. The problems with America and the things we missed about home. Tomorrow he and Michelle would head to Nagasaki. We said our good-byes and made a loose plan to reconvene on Tuesday night, the eve of each of our departures.

Because the subway was closed and I didn't want to pay for a cab, I pursued the hour long walk back to my hostel. A plus was that I got to get to get a pretty good feel for the city.

On my way home I walked by a placard paying homage to Fukuoka's sister city and my previous city of residence: Oakland, CA. 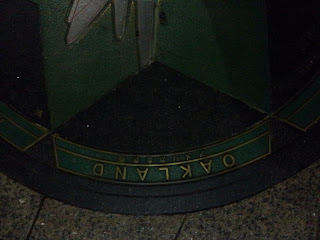