I took the commuter train from Fukuoka out to Dazaifu on a field trip. 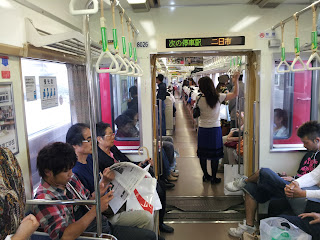 Dazaifu is home to ancient the government offices of the region dating back to the year 1300. It is also a popular tourist destination. 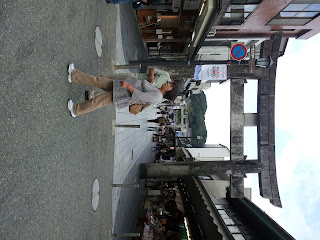 The temple was founded 700 years ago. 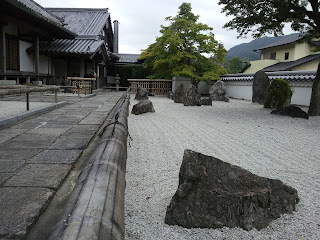 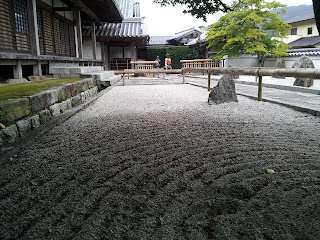 The Ittekikai Garden was amazing and peaceful.  Taken from the brochure: “The temple is renowned as the Rock Garden Moss Temple of Kyushu. In the garden, green moss beds represent the continent and islands, and the gleaming white sand is spread as water… Some twenty old maple trees of 300-400 years of age stand and 49 species of moss are found in the garden.”

My personal take-aways from this place.  This was the most serene and peaceful place I have ever been to. I have been wowed by natural beauty, but something about the symbiosis of man’s and nature’s beauty made this place entirely serene. I just sat and quietly stared for maybe three minutes. 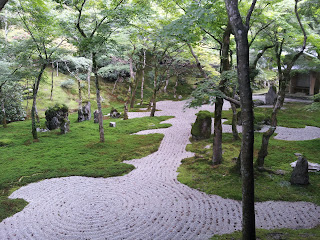 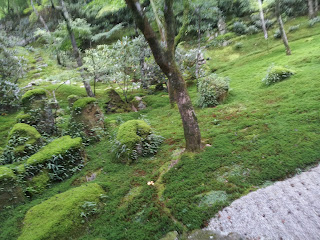 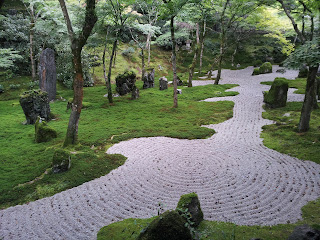 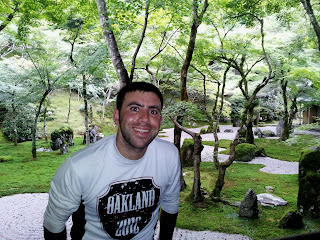 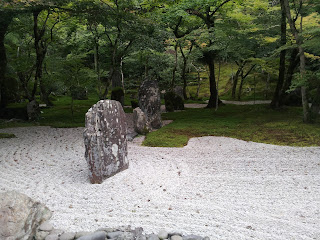 It was dedicated to the Michizane Sugawara, “the God of Literature.”  In 901 Sugawara was exiled from Kyoto. He died a few years later, but the Shrine was built over his grave. The main shrine as it exists today was constructed in 1591 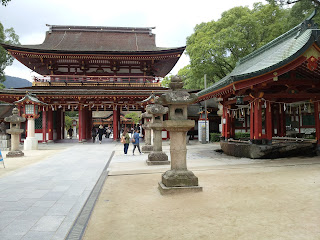 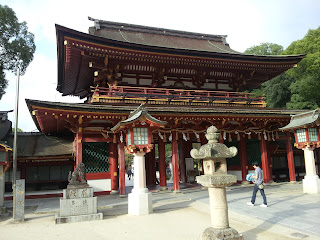 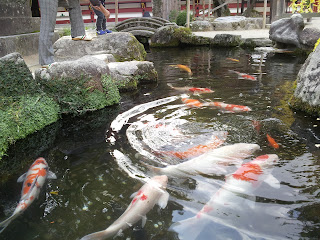 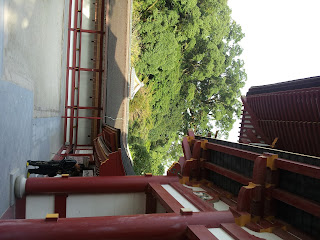 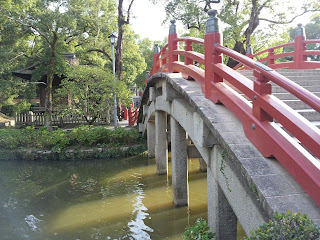 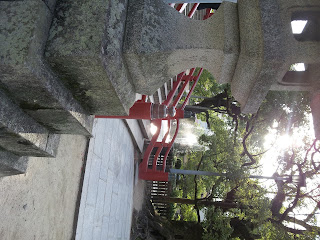 Also here's a picture of a man and his performer monkey. I wasn't fast enough to get the picture, but the monkey was walking on stilts a minute or two before this. 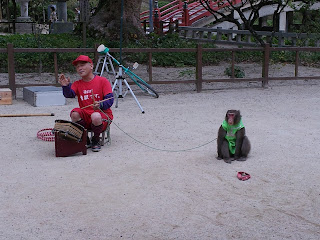 I left the Tenmangu Shrine area and walked toward Kaidanin. 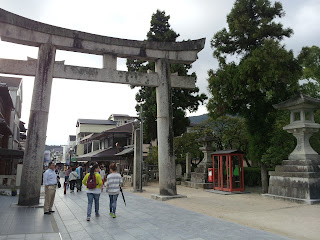 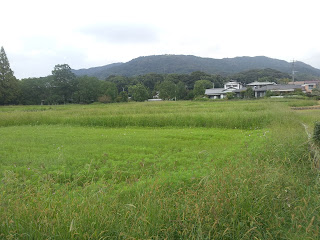 It was an ordination hall for those who wished to enter the Buddhist priesthood. It was built in the last 12th Century. 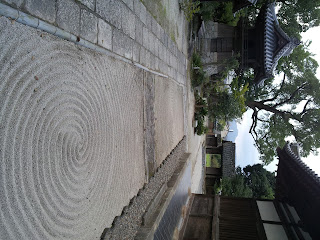 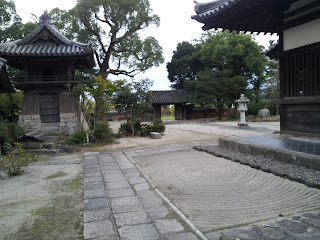 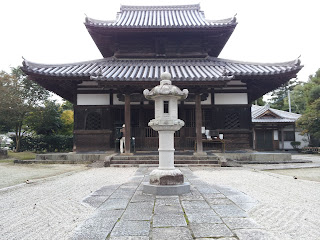 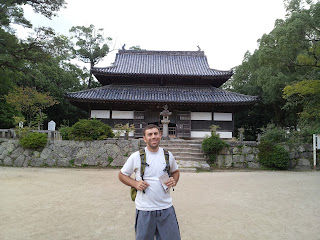