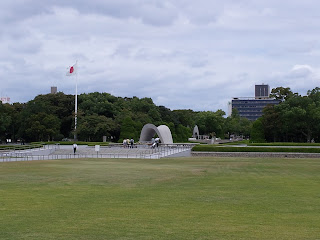 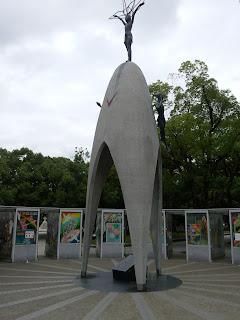 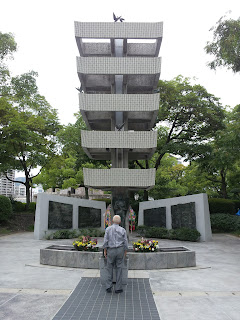 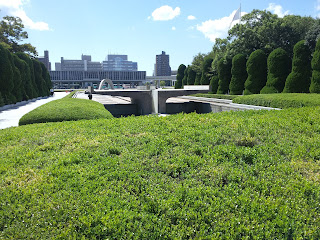 The Atomic Dome is a structure that withstood the blast and has been left standing as a reminder of the atrocities of the atomic bomb. 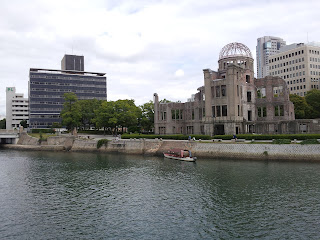 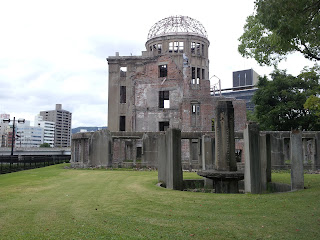 The Hiroshima Peace Memorial Museum is definitely worth a visit. Like the Holocaust Museum in DC or in Israel, it’s not a pleasant place, but unfortunately history is often not pleasant.

The museum was split into 2 floors. The first floor was a lot of the technical information as well as the nuts and bolts and history that led to and explained why and how mankind’s first atomic bomb was dropped on Hiroshima.

Here is the short list of why Hiroshima was chosen:

•Hiroshima hadn’t sustained any bombing damage in the war at that point, and partly because the Atomic bomb was in many ways a big science experience in action—they wanted to see all the damage it could do. They needed a blank slate.

• There were Japan military bases in Hiroshima

• There were no allied POW camps. 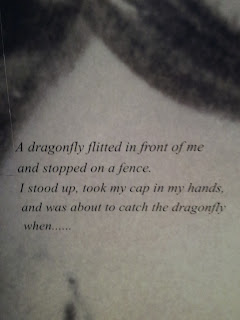 Other interesting things learned on the first floor of the museum:

• The bomb was not detonated on impact but was in fact detonated 600 m about
the city to create more damage.

• Since WWII The Mayor of Hiroshima has written a strongly worded letter (especially for a Japanese person) to world leaders every time there is new Nuclear weapons testing, dissuading them and imploring that they abandon their nuclear armaments programs.  The letters are all addressed the same: To the honorable Mr. Bush, Carter, Putin, Chirac, Obama, Blair, etc… There were about 8 just for 2012, mostly addressed to Obaama.

• Not only Japanese died in the blast. There were Koreans in Hiroshima who had been taken from Korea against their will, and used as forced labor in Japan.

• Parts of Hiroshima had railway cars running as soon as a week after the blast. 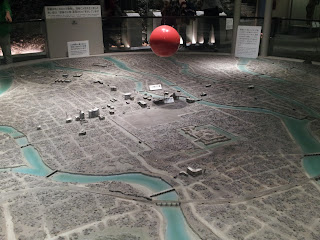 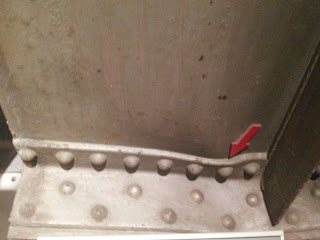 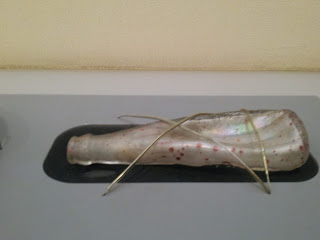 After a sobering and emotional visit to the museum, Karsten, Marcus and I went out to try Okonomiyaki (as previously recommended a few days prior) 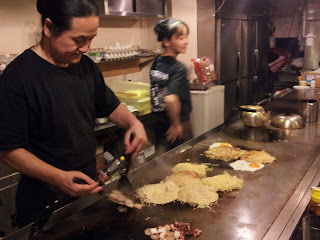 Okonomiyaki. is a pancake-egg tortilla sandwich with noodles and vegetables inside. I ordered mine with shrimp, cheese and bacon. They serve it to you on a hot table and you eat it with a chisel and chopsticks. 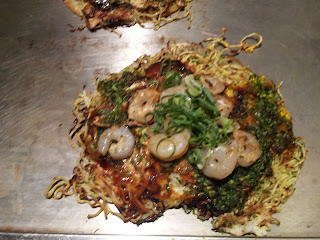 After a very filling lunch, we all said our goodbyes with hopes of one day having our paths cross again.

I broke off from my friends and went to the (obviously) rebuilt Hiroshima Castle. 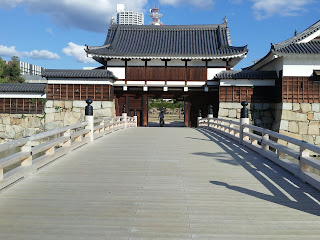 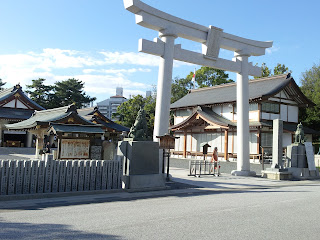 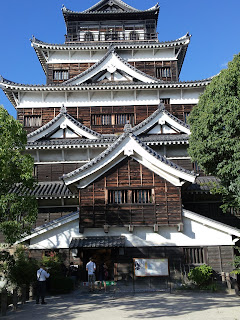 It was full of a variety of samurai artifacts and relics. However, I didn’t stay long. At this point I was a bit history’d out. 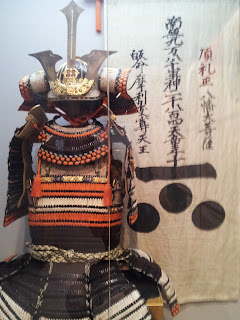 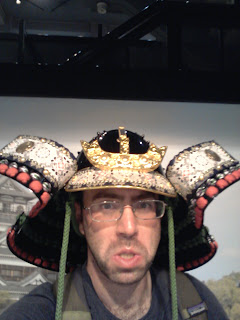 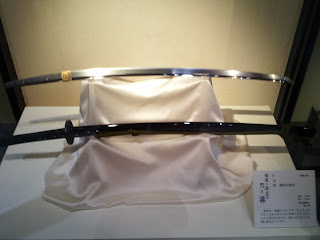 I headed back to Fukuoka in the late afternoon and slept on the train ride home.