JAPAN VACATION - NIGHT OUT IN HIROSHIMA

NIGHT OUT IN HIROSHIMA

After a day of being entirely fulfilled at Miyajima I finally arrived at my hostel in Hiroshima. And was greeted with… a party!

My hostel was celebrating its 4th anniversary that night.

They had large spread of Mexican food, including, taco-seasoned beef, cheese, lettuce, sour cream, jarred jalapenos, homemade torillas (that the Japanese hostesses were home-making) and GUACAMOLE. I apologize for cursing: but they fucking had guacamole!

They also had several bottles of liquor. Needless to say. I picked the right hostel and the right night, for my one night’s stay in Hiroshima.

It was at that moment, that it had occurred to me that I had not really eaten at all that day. I must have pigged out on maybe 5-6 fully stacked tacos.

Once I pried myself from the foot table, I quickly met some people at the party. I met a British surgeon named Marcus and we quickly connected. One of the hostesses was a Japanese girl named Saori. Saori had studied English in Great Britain and spoke in a high and highly feminine voice. I also met a guy in the American military named Karsten. Karsten was from New Mexico and had been stationed in Japan, doing computer work for the last 2 years. Over this time Karsten had acquired an impressive amount of Japanese language and cultural skills. Karsten was looking to finish the military soon to promptly take hold of his dream to pursue comedy in Chicago.

The party at the hostel continued on. We played a drinking game where you stab a toy pirate with little toy swords. The correct slot would force the pirate to spring upward causing the stabber to drink. This hostel party also had people from all different ages and countries making it quite unique. Some of the older guys could really throw down. 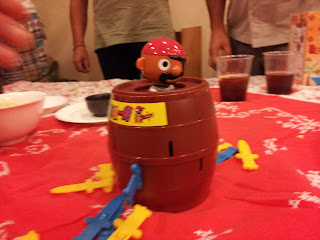 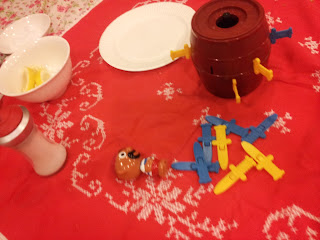 After all the liquor was gone, our hostel hosts and hostesses took us into downtown to a music bar that had a few hundred CDs for music requests. 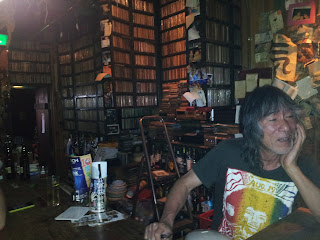 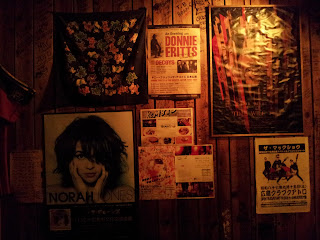 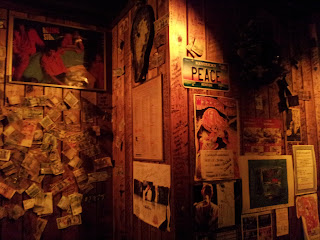 I requested lots of Prince and we partied and danced into the night. I will hold a special memory of go-go dancing with Saori to Jet’s  “ Are you going to be my girl“ as she wildly whipped her hair in the smoky, wood-paneled, upstairs Hiroshima barroom. 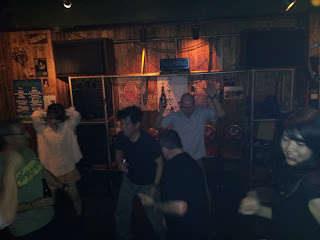 Looking for a change of scenery Karsten, Marcus and I left the bar and went out to see what else there was to see in the Hiroshima night. At this time I’ll note it was a Monday night.

We walked around the streets, drinking juiceboxes of sake. Karsten used his impressive Japanese language and courtesy to try to find places to go.

We ended up at a few places, but none of them proved to be that exciting. 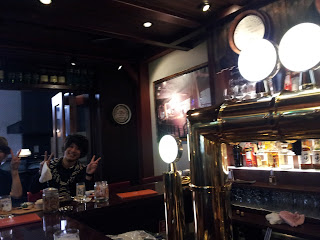 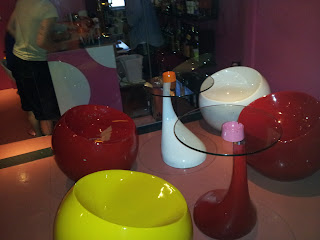 At the end of the night I was content calling it one of “my best worst nights.” Worst in that it was the kind of night where you spend a lot of time walking around but with little to no payoff (if this was in my hometown it would have been a terrible night.) But it was a best in we three strangers, now turned friends, got to walk around a new and foreign city, just hanging out, sharing inappropriate stories and drinking in the streets as we strolled through the downtown  streets of Hiroshima hashing out our plans for the following day. 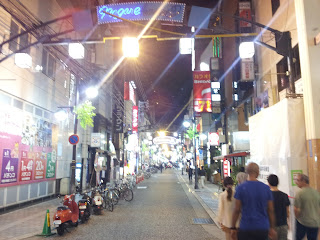 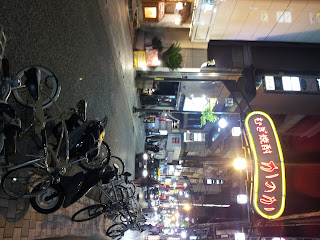