Bukhansan National Park is a National Park right outside of Seoul’s city limits. It is a mountain hike and the park receives over 10 million visitors a year. The trail I hiked had an elevation of around 800 meters and was just straight up with a very steep grade.

I took the subway and got off at the most proximate stop and rode my bike the rest of the way to the National Park. Along the way I passed a small temple called Gyeongguksa Temple.

The park was very nice. The visitors center had trail maps and the person working there spoke decent English. After I picked my route I set out to hike to the top. The beginning started very pleasantly, with a low grade and some streams and bridges. It then gradually built up to a more aggressive terrain. 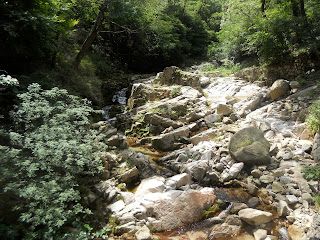 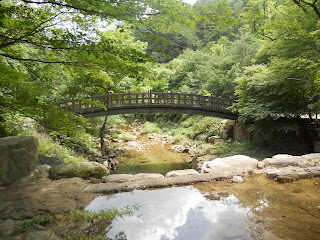 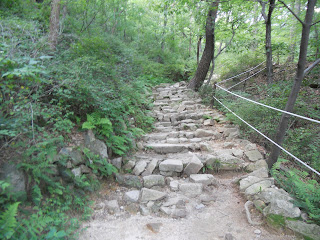 It was hot. Real hot. August in Seoul cranks up to 38˚ (100 F) and it is humid. Very humid. It must have been mid-nighties the day I went up. I wore dry-fit everything and by the time I got to the top, I had sweated through everything even my socks. Luckily I had the foresight to bring sandals along

There was one area about two thirds of the way up that had a running spicket of cold running drinkable (Koreans told me it was at least) that saved me from the heat for about 5-10 minutes. I soaked my bandana and put it on my head to cool down.

The climb itself was a physical challenge. It could have been the heat, but it ranks highly  among some of the most vigorous physical trials I have attempted.

The views were worth it. I got to the top of the trail. There was a gate and a placard explained the history of the gate and the wall that travels along the crest of the mountain. It dates back to the 1700s and was built after the Japanese had already invaded, as a preventative measure for future attacks. 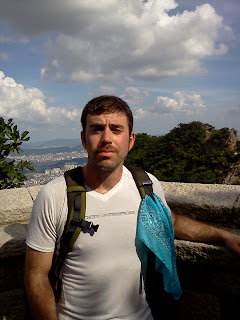 I walked along the wall to another gate. Here people were resting, hanging out and picnicking. A note about this hike: it was a weekday so only retirees were in numbers, but man, old Korean people are in good shape! I was shocked how many men and women I saw in their 50’s, 60’s, 70’s. 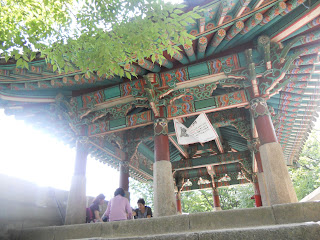 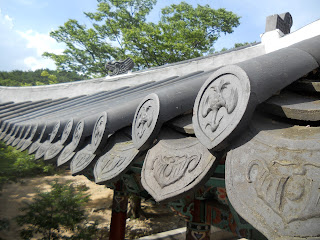 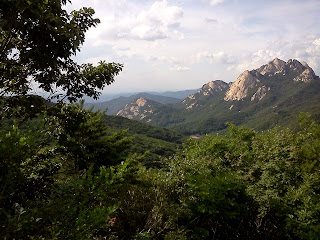 After having a rest and hiking about 3 km straight up I headed on the hour long descent down the mountain.

To reward myself, that I night I went with a French hostelmate named Kevin out to Itaewan for Middle Eastern Food, a rare find anywhere in Korea. 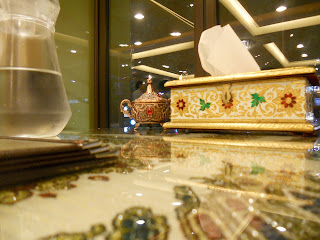 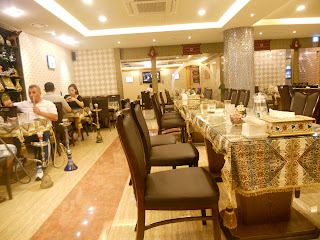 Itaewan is the foreigner hub in Seoul. I had it described to me as the Mos Isley of Korea (Mos Isley is the cantina in Star Wars with all the weirdo aliens that’s also kind of seedy). Its also home to “hooker hill,” the red light district of Seoul, and “homo hill,” the one openly gay-friendly place in Korea. It’s very close to the military bases so there is a huge foreigner influence and swarms of drunk yelling Americans and their wives and girlfriends. There’s a Taco Bell, there are kebab and shwarma places everywhere. And there is a lot of ethnic food available.

Kevin and I enjoyed our food and smoked hookah. I hadn’t had hummus in months. 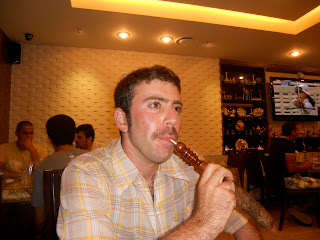 Later that night, deciding at 2AM, me and this 6 foot Dutch girl from the hostel named Carolien went out to a club in Hongdae called MamaPapaGorilla. We headed back to the hostel past sunrise  and I went to bed at 7:30AM.