Much like a lot of food in Korean restaurants you are responsible for cooking and assembling Shabu Shabu mostly by yourself. At first they bring you a large bowl of hot broth. 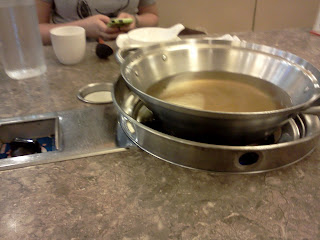 They then give you your meat, which is paper-thin cuts of beef, and your veggies which include: cabbage, carrots, mushroom, bean sproats, more sprouts, onions, lettuce and sesame leaves.

They also give you some dipping sauces. Two of which are chili derived and the center is sesame oil based. 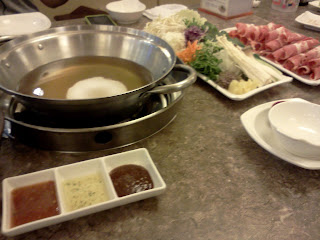 Using the supplied tongs you put in the meat and let it cook in the boiling broth. Its so hot and the meat is so thin it cooks in under a minute. Notice the brown wooden bowl to the left. 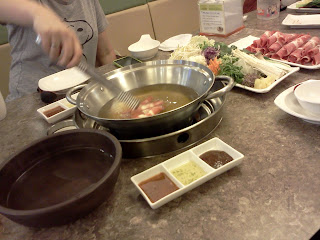 The brown wooden bowl is full of warm water. At the table you are given these patterned opaque disks. They are rice paper and will be used for making your very own Vietnamese-style spring rolls. 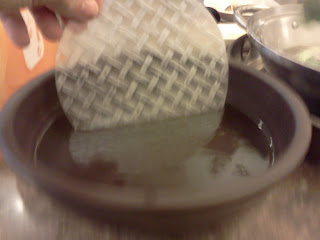 You take the now malleable rice paper and put it over this special bowl. Add your meat, add your desired veggies... 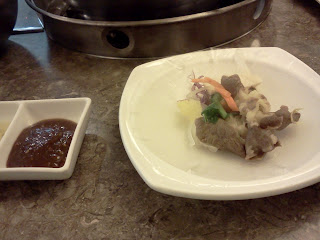 and you have a homemade spring roll thats ready for dipping. 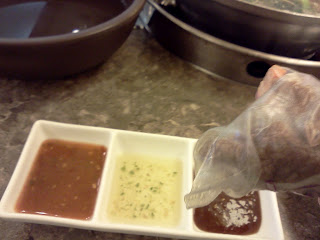 But we're not through yet. After the broth starts to cook down, the restaurant adds noodles to the broth to give us a Pho-like soup. 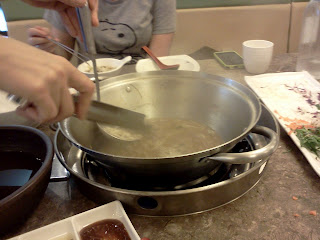 Once the noodles are gone and there is only broth. Then they combine the broth with white rice and make a porridge for you. 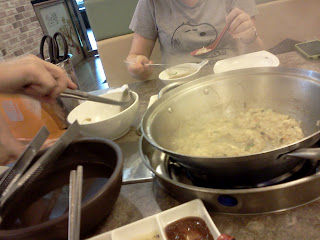 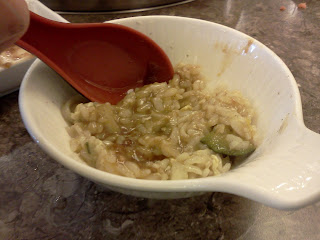 And thats how you eat Shabu Shabu!