A coworker invited me to a regional breakdancing competition where dancers could compete for bragging rights and prize of about $300. Her boyfriend was in one of the competing troupes.

The opening act was a dance troupe, not competing, that incoroprated lots of "popping and locking" and used a variety of American pop music with likewise hilarious accompanying dances. Songs worthy of mention: LMFAO's "Shots," Afroman's "Because I got High," and "Mortal Kombat." All had accompanying dances to match the music, miming throwing back liquor and marijuana inhalation and the side effects of each. 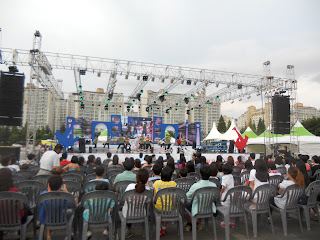 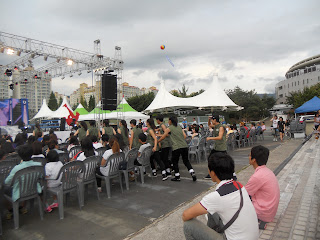 These were our MCs for the evening. They kept the mood light and told (seemingly) hilarious jokes. 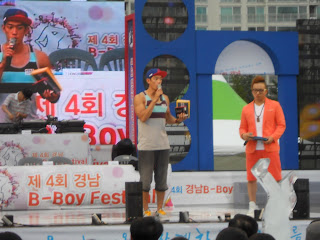 Before the tournament began, we all stood up for the Korean national anthem. Note: They don't remove hats when they do the national anthem. They also literally bowed to their corporate sponsors. 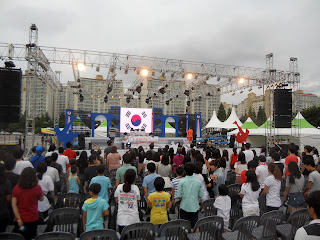 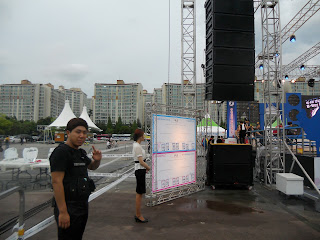 There was a swath of single B-Boy battling with very impressive moves. These guys could bring it like none other. They are strong, lean and just chiseled. The judges were break dancers themselves, one of which was sponsored by Red Bull. 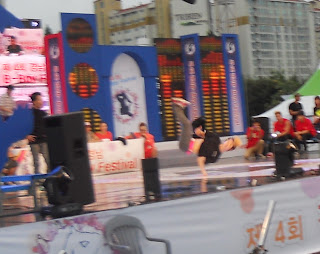 And then at the height competitive hip-hop fueled excitement they then sucked all that energy right out with a cheesy crooning ballad singing woman. Ballads are kind of slow R&Bish songs with a lots of synthy instruments and chimes and etc. It sounded like a Disney princess songs. Remember we are at a break dance competition. Her last song was "It's Raining Men."  The crowd couldn't get enough of it.


After the one on one battles they went into team competition, where 5-on-5 teams competed against one another to climb the tournament ranks. 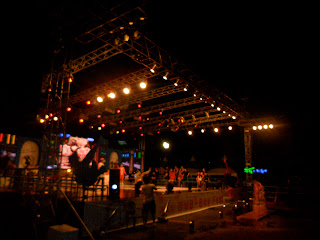 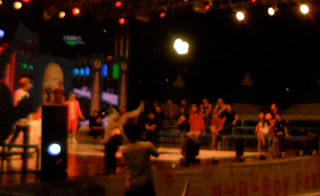 We watched my coworker's boyfriend's team. They didn't go very far though. It made for awkward conversation when he came to join us because they very clearly got killed by the other squad. They ended up leaving early as did I.