Mt. Cheonju is within Changwon city limits. Changwon has several nearby mountains as do most Korean cities. 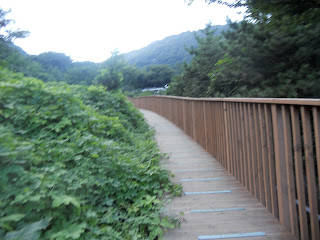 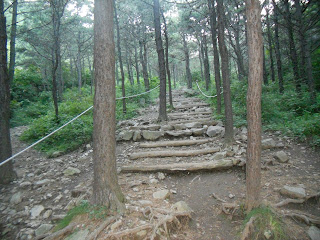 About 400m up the 2.5km climb. There's Cheonju Temple. Again this is similar in a lot of ways to the other temple I have visited in Changwon. I do like the color of this one though.

I continued up the mountain where I found public workout equipment. As if the hike was not enough of a work out. This is not uncommon on hikes in Korea. The guy in the navy shirt had just finished working out a bit. 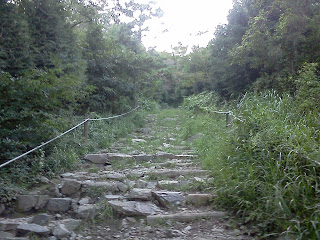 I came across a sectioned off strolling footpath with a variety of assorted stones. What I learned was, according to traditional medicine, different stones/arrangements had different ailment alleviating properties through the pressure points on your feet in a way that was linked to your internal organs. The idea is similar to acupuncture or acupressure. I've seen these footpaths in a few places in Changwon. 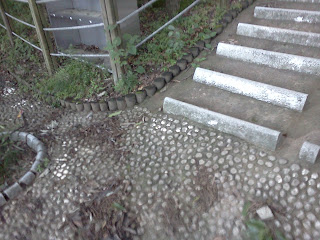 As I climbed higher I got some beautiful views of the city. 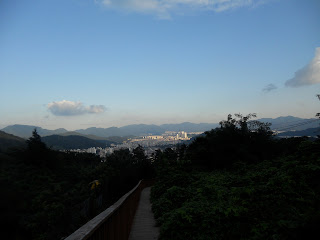 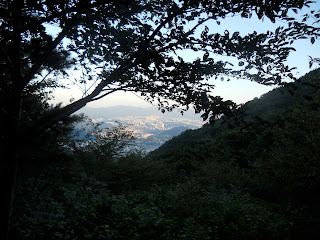 I made it to the top. There was a small little pagoda gazebo. I stayed there for a little while and headed back down. Stopping by the temple again at sunset and staying there until dusk. 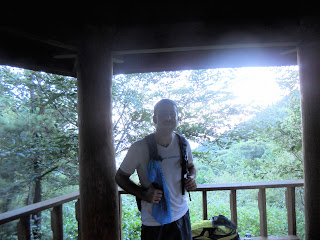 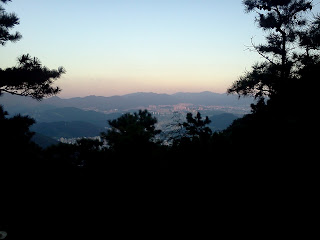 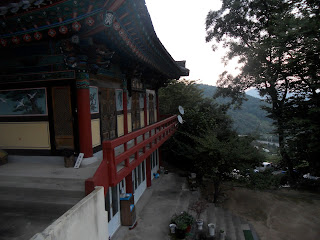 I have since returned to Mt. Cheonju with some foreigner neighbors from my apartment building.  There are two couples, Ryan and Candace from Southern California and Dan and Emma from Scotland. We went on a very rainy hike all together. 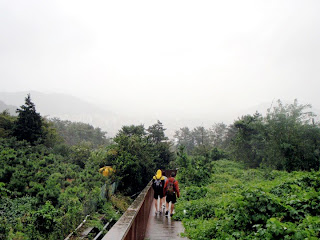 On this hike we got to see much more wildlife due to the weather conditions. 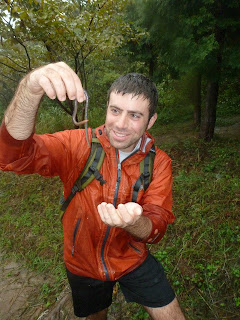 We made it to the top, stormy weather and all.