My friend in Changwon, Walker, taught in Daegu last year. Daegu is the 3rd biggest city in South Korea. It is big enough to warrant having a subway, they are home to the baseball league champions Samsung Lions and it is also the hottest city in the county. Walker goes to Daegu a lot because he has some friends there, so I tagged along with him

We took the train there and arrived at the station.

We then walked around Daegu a bit. First stop: Get some shwarma at the local Turkish joint. I got mine with hummus in it. I haven't had hummus in months. 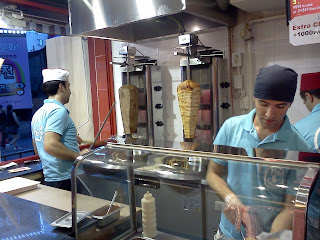 Then we walked around the main downtown area. 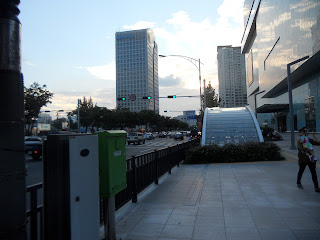 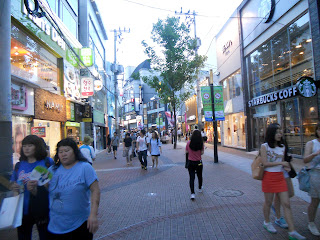 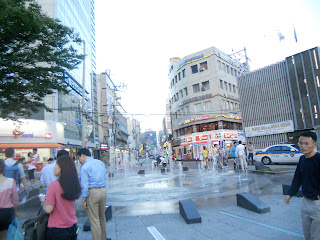 I saw this hilarious business. Here is the business model: a bunch of photo booths where you and your tween-teen Korean girl friends can go and take pictures of yourself. 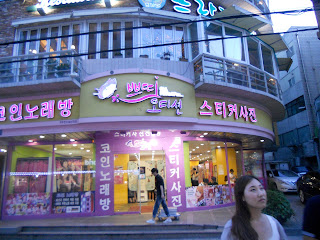 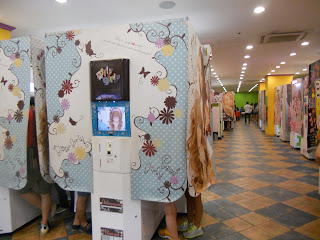 We also walked around and did some local sightseeing. There is a bar called Bus Bar which is an old bus that has been converted into a bar. Next to it is a cool bar called Buddha. Later we went to "cell phone street"which is a street that is nothing but cell phone shops. And then we stopped by the stage in the center of town and watched a small performance being held. 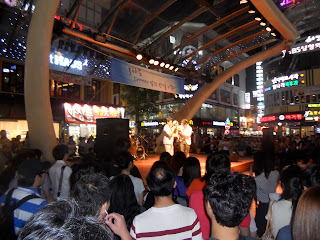 We met with Walker's friend Matt who took us around to some cool foreigner bars around Daegu.

Since Daegu's population is so much bigger than Changwon's there are a lot more things to do. There is nightlife, including nightclubs, and many more foreigner bars. Changwon has maybe 3-4 and Daegu has something closer to 10. 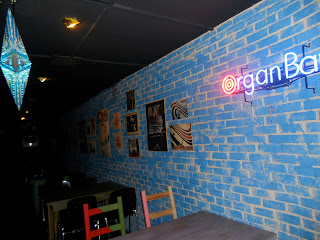 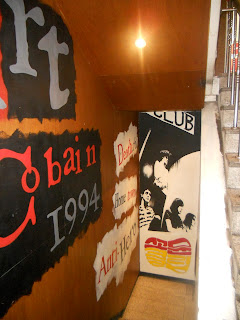 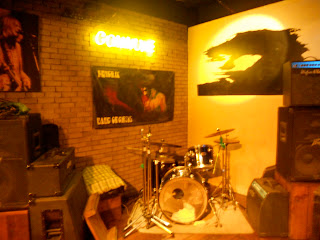 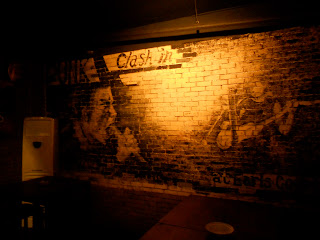 We then started our night out. We went to a bag bar, where they give you your cocktails in a zip-lock pouch kind of like a Capri-Sun. They shake the liquor and the mixer in the bag to blend your cocktail. 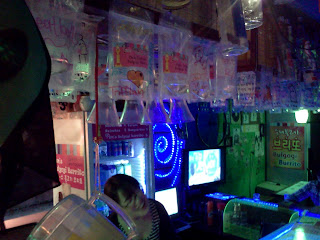 We walked around. Met some people saw and did some interesting things. 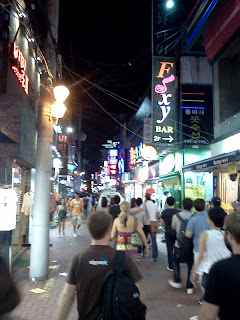 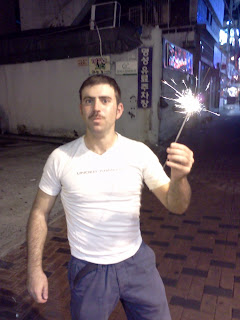 So that's a picture of a dead cobra with a dead scorpion stitched into its mouth. This guy Jeff from Oregon had bought a bottle of liquor while he was in Vietnam with this thing in it (because how could you not?). They were celebrating that night because they had finally finished this bottle of terrible liquor so they then could smash it to see if the snake/scorpion was real. Turns out it was. So they were going around Daegu with this thing in a cup and taking it out to scare Korean girls with it. 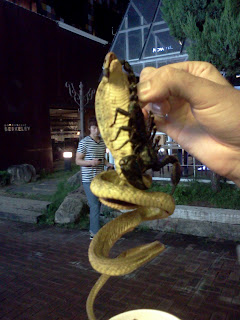 Walker and I went out to club, left around 4AM. It was so late at this point that it wasn't worth looking for a motel. So we went to a DVD Bang. A DVD Bang is a viewing room where you pick your DVD you want to watch from the store inside, and they put it on a big screen with big speakers and there's like the bed/couch kind of thing. It's basically a place for young people to make out.

Anyways, Walker and I get to this DVD Bang at like 4AM. we just need somewhere to sleep for a bit, so we just want to find the longest movie we can fall asleep to. So I take Avatar off the shelf and it was a done deal. I was asleep immediately

We make up to the booming DVD menu on loop at like 8AM or whatever, and we both agree, that it's time to leave Daegu.