The NC Dinos are Changwon's minor league baseball team. Next year they head up to the pros. So to create interest, all NC Dinos tickets are free. The hilarious thing is that you still need to go to a ticket booth, get your free ticket. 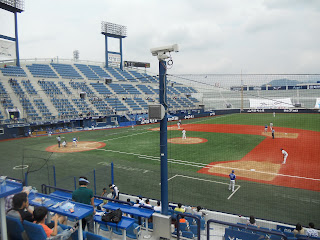 The minor league atmosphere was similar in many ways. Except the NC Dinos had an awesome cheerleader and some guys banging on drums. What made the game even more fun was that each player had his own cheer. So new player at the plate had a coordinated cheer that accompanied the player. My favorite was Eminem's "My Name Is" but instead of saying "Slim Shady" we all shout PARK MIN OO!  One more hilarious things, when you buy a can of beer at the convenience store in the stadium, they give you a plastic bag (where else am I going to take this thing other than my seat?)

Kelsey (see here for reference) and I were a bit star-struck by the cheerleader. 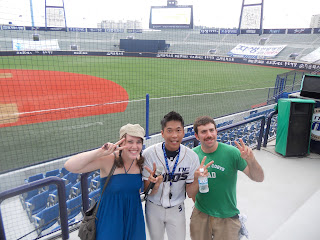 I spotted some other foreigners from across the stadium (not hard) and I went over to introduce myself. They were also recently new to Changwon, Jordan, from Michigan, and Brad from Victoria, BC. They live as roommates in Palyongdong, which is a further-away neighborhood in Changwon. We all went up to Palyongdong to get some long beers where Kelsey's boyfriend Lucas met us (see here for reference).

The long beers place had 3 sizes. Naturally we all went with King. 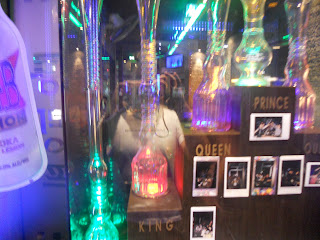 We then tried to invent silly challenges, such as drinking with only one hand. I spilled all over myself, I was no good at it. 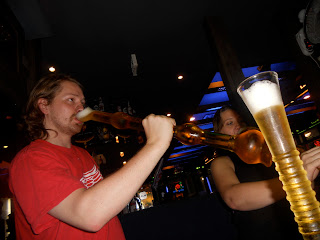 We then went to what was described as a Western Bar, which turned out to have a Western theme. 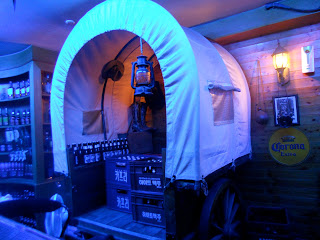 They gave us the popular bar snack of popcorn, seaweed and soy sauce. What you do is you wrap the popcorn in the seaweed then you dip it in the soy sauce to give if a nice salty taste. 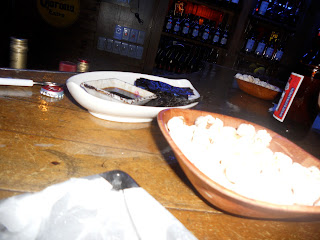